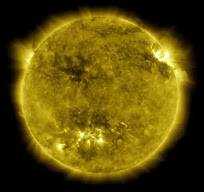 rjp inspired me with his random roundups to put a bit more work in my Friday Links.
This might have been a big mistake, as it takes me quite a bit more time to put this together and it might be even harder to read.
I also merged the podcasts and videos into the other sections to provide more context.
If you make it through this, please tell me if they are better or worse.

Btrfs at Facebook is a good article by LWN going into the details why and how Facebook is using Btrfs. I am always amazed by scale of Facebook, also mentioned in one of the links of the Fedora 33 article below.
Josef Bacik:

Consider the web tier for example, we push the entire website to every box in the web tier (measured in hundreds of thousands of machines) probably 6-10 times a day. This is roughly 40 gib of data, getting written to these truly terrible consumer grade flash drives (along with some spinning rust), 6-10 times a day.

More Topfew Fun Tim Bray on a mission to prove that Go is in fact not slower than Rust. Seems to be true, but we also find out that regex libraries are slow (surprise!).
They want to be small, they want to be big: thoughts on code reviews and the power of patch series - everybody has a different taste for code reviews. Nicolai  Hähnle likes the git email workflow. I can't say I agree, but still an interesting perspective.
Worrying about the npm ecosystem - Who doesn't? If you think CPAN, Rubygems or Packagist are bad, you haven't seen anything yet.
First PHP 8 alpha released I haven't worked with PHP for a while and sometimes it is depressing how fast it moves compared to for example Ruby.
Skateboarding and the mindset of a programmer - Everything is like skateboarding and also like programming.
Docker and Fedora 32
This article helped me to get rid of the docker-ce packages provided by Docker and move to moby packages included in Fedora, which makes updating them a lot easier. I was basically missing the firewall bit, the CGroups part you have to fix for either version.

The Security Value of Inefficiency Bruce Schneier makes the point that when you are 100% efficient, you don't have any margin for error. He is talking about the problems COVID-19 is creating in hospitals and supply chains.
This applies equally to engineering teams. The goal should never be to utilize your team to 100% (or ideally 110% as Americans like to say). Without any headroom there is no margin for mistakes, creativity and agility.
Pretty good list of company handbooks - the usual suspects like Valve, Gitlab and Basecamp, but many more.
All Hands on Deck describes the incident response to A Terrible, Horrible, No-Good, Very Bad Day at Slack. As we recently worked on our incident response at Devex this was an interesting read, both from the technical and the management side.
Tech Migrations, the Spotify Way Upgrades, migrations, rewrites and changing technologies are one part of technical debt. Interesting to see how Spotify prioritizes and visualizes these.
Why Transparent Email Stopped Working For Us and What We Do Instead - the best thing of Buffer being transparent is that we all can learn from them. Transparent Email sounds scary, but secretive emails or private Slack channels are equally so.
Software developers: We won't take a pay cut just to work remotely With all the virus fun the world is having a lot of companies are going remote or distributed. This will have an interesting effect on salaries. Some companies are paying localized salaries, others are paying the ones in the headquarter location, which might be as expensive as Silicon Valley. This might destroy some of the startups in low income locations, as they won't be able to keep up with the well funded US companies.
The Art of Leadership: 1-on-1s, Staff Meetings, and Manager READMEs with Michael Lopp, Rands in Repose [Podcast] I guess Rands is on a book tour at the moment, still enjoyable as always and a good overview of the book in case you haven't read it yet.

The Pedestrian Strikes Back "Officials in several countries are getting the message: Cities are about people, not cars." says the NY Times
The Lively & Liveable Neighbourhoods that are Illegal in North America [Podcast] Zoning ... do I need to say more?
StreetRidersNYC [Podcast] Random group of cyclists organizing protests on bikes in New York. Reminded me of the local Critial Mass protests. Also a good insight into why bicycles are so great in cities.

Ten years of the sun in one hour – Nasa releases mesmerising space film
nothing to add to the title. Or go directly to the film on YouTube: A Decade of Sun [Video]
Off their heads: the shocking return of the rave I am clearly too old for this stuff, but even if I wasn't I probably would wait a little bit, with One Thing Or Another going around.
‘I bought these items and I couldn’t stand them’: inside the mind of a Batman collector I am fascinated with collectors. The need to complete a set of things seems to be so human, but also so unnecessary. I have some tiny collections, but so far I have stopped myself from collecting ice cream. Or ice cream stopped me. I do love Batman though and have some graphic novels and various collectables.
Hype and hope: Wearables in the covid era I use a Garmin Fenix 5 sports-watch 24/7. I am expecting that Garmin will figure out some way to use all the data of their users to see some trends regarding COVID-19 and possibly provide some early warning system.
“I’m happy coming back, as long as nobody else does” Someone writing about their experience in going back to the "new normal" office. It will be different for everybody, but also strange for all of us.
The Mystery of the Shared Earbuds [Podcast] Great story about two different and interesting people getting together because of music.
Friday Links Disclaimer
Inclusion of links does not imply that I agree with the content of linked articles or podcasts. I am just interested in all kind of perspectives. If you follow the link posts over time you might notice common themes though.
More about the links in a separate post: About Friday Links.

Random interests and too many podcasts.

How to practice backend engineering.
https://lethain.com/how-to-practice-backend-engineering/

Are pets really good for us – or just hairy health hazards?
https://www.theguardian.com/lifeandstyle/2019/oct/13/are-pets-really-good-for-us-or-just-hairy-health-hazards

Git is About Communication
https://blog.appsignal.com/2020/06/24/git-is-about-communication.html

‘You can’t instagram tea’: is trouble brewing for the classic cuppa?
https://www.theguardian.com/food/2020/jan/30/you-cant-instagram-tea-is-trouble-brewing-for-the-classic-cuppa

The Future of Virtual Events
https://hopin.to/blog/the-future-of-virtual-events

Micky Dolenz on How The Monkees Went from TV Band to Real-Life Band
https://pca.st/sbinoize

The Goblin of strange and uncertain times
https://pca.st/hk2tkp4h

The 5G con that could make you sick
https://pca.st/vnblnid8

Friday Links Disclaimer
Inclusion of links does not imply that I agree with the content of linked articles or podcasts. I am just interested in all kind of perspectives. If you follow the link posts over time you might notice common themes though.
More about the links in a separate post: About Friday Links.

Some open source news, a bit about covid and some art.

Introducing GitHub Super Linter: one linter to rule them all
https://github.blog/2020-06-18-introducing-github-super-linter-one-linter-to-rule-them-all/

Zoom Will Be End-to-End Encrypted for All Users
https://www.schneier.com/blog/archives/2020/06/zoom_will_be_en.html

Xing: We are moving our asset delivery to the cloud — and here is why we do that
https://tech.xing.com/we-are-moving-our-asset-delivery-to-the-cloud-and-here-is-why-we-do-that-e0977e5f4c43

Linkedin: Rebuilding messaging: How we designed our new system
https://engineering.linkedin.com/blog/2020/designing-our-new-messaging-system

Bigger than big: Linux kernel colonel Torvalds claims 5.8 is 'one of our biggest releases of all time'
https://www.theregister.com/AMP/2020/06/15/torvalds_linux_kernel_58_one/

To highlight the importance of colorists in comics, we asked artists to put their colors on a page by DC artist @stephenbyrne86
https://twitter.com/cred_art/status/1265282176053940225

The Liberation of RNA
https://pca.st/ibz6bvun
Friday Links Disclaimer
Inclusion of links does not imply that I agree with the content of linked articles or podcasts. I am just interested in all kind of perspectives. If you follow the link posts over time you might notice common themes though.
More about the links in a separate post: About Friday Links.

This week I am not even going to pretend that there is any theme to these.

In Grudging Defense of Structure
https://avdi.codes/in-grudging-defense-of-structure/

Why the developers who use Rust love it so much
https://stackoverflow.blog/2020/06/05/why-the-developers-who-use-rust-love-it-so-much/

We love individual responsibility more than we would admit
https://blog.odd-e.com/yilv/2020/06/we-love-individual-responsibility-more-than-we-would-admit.html

As Diners Flock to Delivery Apps, Restaurants Fear for Their Future
https://www.worldnewj.com/as-diners-flock-to-delivery-apps-restaurants-fear-for-their-future/

To highlight the importance of colorists in comics, we asked artists to put their colors on a page by DC artist @stephenbyrne86
https://twitter.com/cred_art/status/1265282176053940225

Reimagining Justice: A Primer on Defunding the Police and Prison Abolition
https://blog.getpocket.com/2020/06/reimagining-justice-a-primer-on-defunding-the-police-and-prison-abolition/

Why We Hate Being Told What To Do
https://pca.st/9425y7gn
Friday Links Disclaimer
Inclusion of links does not imply that I agree with the content of linked articles or podcasts. I am just interested in all kind of perspectives. If you follow the link posts over time you might notice common themes though.
More about the links in a separate post: About Friday Links.

How the new normal will change company culture for good
https://www.atlassian.com/blog/teamwork/lessons-of-pandemic-change-company-culture/

The Definitive Answer: Who Really Owns a 1 on 1 Meeting?
https://getlighthouse.com/blog/who-owns-1-on-1-meeting/

Poet on the front line
https://theguardian.com/books/2002/may/04/poetry.books

How to Make this Moment the Turning Point for Real Change
https://medium.com/@BarackObama/how-to-make-this-moment-the-turning-point-for-real-change-9fa209806067

How to Implement Operational Frameworks and Hire Great Leaders with Sam Zaid, CEO of Getaround
https://pca.st/m0axw73h
Friday Links Disclaimer
Inclusion of links does not imply that I agree with the content of linked articles or podcasts. I am just interested in all kind of perspectives. If you follow the link posts over time you might notice common themes though.
More about the links in a separate post: About Friday Links.